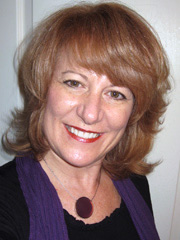 Helping people. That's why we do what we do in the union, help members to achieve fair wages and working conditions and that's why I've enjoyed working in Student Aid: to help students achieve their educational goals...

After nearly 40 years working in Manitoba's civil service and 25 years of active membership within the MGEU, Debbie Navitka is more than just familiar with life in the public service. Debbie, a Designation Officer with Manitoba Student Aid, began her career in 1974 by completing a Civil Service Commission practicum right out of high school.

"It's funny; it really does feel just like yesterday that I started. The Commissioner called me to ask if I was interested in a career in the Civil Service. I said yes, finished school on Friday and started work on Monday," she recalls.

Her first job was with Manitoba Water Resources as a Clerk, then Manitoba Energy and Mines as an Admin Secretary before joining Manitoba Student Aid in 1982. After getting married, having two children, returning to school and pursing opportunities working in HR, it was the union who took an interest in Debbie.

"They took me under their wing and the rest, as they say, is history."

In 1987, she was elected as an MGEU steward, which formed the foundation of a deep-rooted commitment to her union that would span over the next two and a half decades.

Debbie worked through several government changes and the sweeping cutbacks of the early nineties, where 30% of her branch was either demoted or laid off. She helped in the home care strike of 1996, served on the Membership Education, Technological Change, Finance, Constitution and By-Laws committees and acted as a facilitator for the union's Yes We Can campaign, Steward Schools, and Member Orientation. She was a member of the labour/management Employee Assistance Program for 10 years and since 2000, Debbie has also served on the MGEU's Board of Directors and the Civil Service Bargaining Team where she was elected to represent 1500 members in her component.

And the whole reason for all of this is very simple for Debbie. "Helping people. That's why we do what we do in the union, help members to achieve fair wages and working conditions and that's why I've enjoyed working in Student Aid: to help students achieve their educational goals, students who would have otherwise been unable to have the opportunity of a further education."

UPDATE: After many years of dedicated service to the Province of Manitoba, Debbie has now retired.