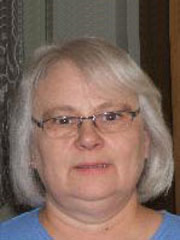 I know every day, I’m helping someone, while saving our health system the huge costs of institutional care.

Nearly twenty years ago, when the Burns Meat plant in Brandon closed down, Judy McLelland found herself out of a job.

"A friend suggested I take the health care course," McClelland says, "and I've been at it ever since."

While a typical day for McClelland can be as varied as her clients — some clients are more challenging, like when Hoyer lifts are involved, while others may need bathing, a good breakfast, or help with their medication — one thing remains constant.

"Because we go into people's homes, we're not just their caregivers, we're their guests," she says. "Sometimes we're the only social interaction they'll have that day."

It's this social aspect of the job that McClelland believes makes constancy of care so vital. It's infinitely easier on a client when they can develop a routine with the same person, and generally rely on them to be there.

"I've had some clients for up to five years," she says. "A while back, I was considering switching jobs, but when I thought about it, there was one client I just couldn't leave behind."

What's the most rewarding part of her job?

According to McClelland, it's about dollars and sense. "It just makes sense to keep people home, rather than in nursing homes. I've worked in nursing homes, I know there's excellent quality care there, but ask anyone and they'd always choose to stay in their own home as long as they can. So I know every day, I'm helping someone, while saving our health system the huge costs of institutional care."

What's the most challenging aspect of home care work?

McLelland laughs. "It's never the clients. It's the office, and the scheduling, and getting the employer to listen to our concerns."

In 1996, when the Filmon government threatened to privatize home care, McClelland got involved in the strike, and her union, and has never looked back.

"Once I got my feet wet with the strike, people started saying to me "you can stand up to the employer, you go represent us," she says. "Before I knew it, I was chief steward."

Over the last several years, McClelland has attended a host of union-sponsored educational workshops and grown as an activist, and a person.

"My union involvement has helped me see things from other people's points of view," she says. "And given all the issues we face every day with the employer, it makes me feel like I'm doing something useful to improve things for all of us."

This last round of negotiations was McClelland's first time on the Bargaining Committee, and she found it a real eye-opener.

"I had no idea how complex and frustrating it was going to be," she laughs. "But I learned a lot, and was glad to contribute."