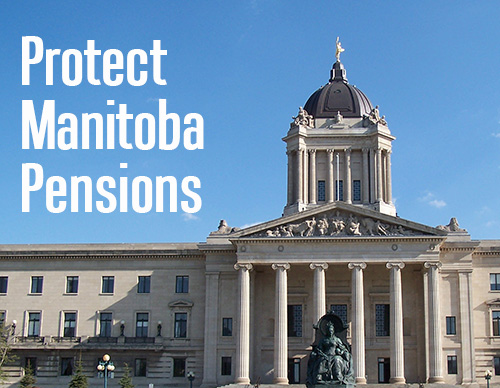 The continued stability of pension plans and the importance of a secure retirement are extremely important to MGEU members. That’s why the potential for changes to pension plans currently being recommended by the Manitoba Pension Commission is cause for concern.

Recently, the government asked Manitobans what they thought of the ideas being put forward by the Pension Commission and invited them to write to the government’s website and share their thoughts. The closing date for submissions has now passed, but many MGEU members took the government up on its offer, as did the MGEU with its own submission.

President, Michelle Gawronsky says the union’s position has been clear from the beginning: we believe members and retirees who have worked hard and invested in their own pension for many years, deserve a secure retirement. The union does not agree with the introduction of Target Benefit and Shared Risk Pension Plan legislation that will enable potentially damaging changes to occur and opposes any changes that could weaken the pension that members have worked hard for and planned their retirements on.

“We expect the Premier to keep his commitment to MGEU members that no changes would be made to public pension plans and we’ll continue to monitor any changes that are proposed to hold him to his word.“

Read the full MGEU submission to the Pension Commission (pdf)