Delegates at the MGEU’s 66th Convention have elected Kyle Ross as the new president to lead the union's over 30,000 members.

“I am very humbled to have been chosen by the members as the next MGEU President.  Our union is strong because of our members and their dedication to the labour movement,” Ross said.  “It’s my goal to engage with our members on how we can get more of them involved to strengthen our Locals.”

Ross is currently employed with Manitoba Public Insurance and has been an active MGEU member and activist since 2011. He first served as a Steward, before being elected MPI Component Director in 2016. He’s also served on the MGEU’s Technological Change, and Risk and Strategy Committees.

The MGEU represents over 30,000 members. MGEU members live and work throughout Manitoba in a wide variety of workplaces such as the civil service, crown corporations, universities and colleges, health care facilities, social service agencies, and arts and cultural organizations.  Many if not all of these services and members delivering them have been targeted by the provincial government by means of cuts and privatization.  Ross said he will continue to advocate for strong public services and investments that support them.

“This is an important time for our membership.  A new Premier will be named at the end of the month, and it’s time to reset the relationship between this government and unions. I’m ready to lead that change and I’m ready to fight for our public services.”

Ross lives in Dugald, Manitoba, with his wife and two young children. 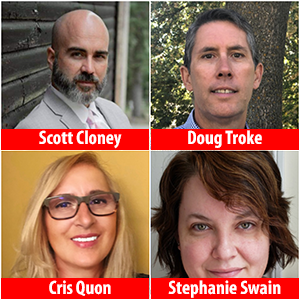