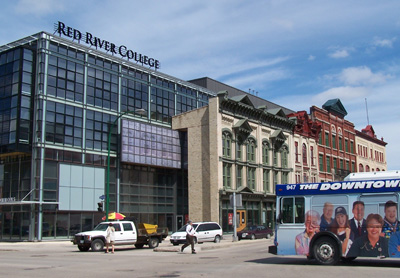 From October 25-27, members of Red River College (Local 73) will be voting to determine the union’s position to establish two separate bargaining units: one for Instructors, and one for Support Services staff. If the vote result is in favour of two bargaining units, the union would take the next initial step by approaching the College to move forward.

Currently, Local 73 is a single bargaining unit comprised of all MGEU members at the College. There is one Collective Agreement and members bargain with the employer at one bargaining table. But at times over the years, the merits of restructuring the bargaining unit into two separate groups have been discussed. A similar vote was held in 2008, but the support expressed by the membership did not meet the threshold established at the time to take the next steps.

The issue was raised again by a group of Instructors this year, with a proposal to create a separate bargaining unit for RRC Instructors. A motion was subsequently passed at a June 2016 Local meeting, calling for a membership vote this October.

Starting Monday, September 26, the first of six information meetings about this restructuring vote will be held. All members of Local 73 are encouraged to review the Question & Answer sheet, attend an information session, and discuss the vote with their co-workers and their elected leadership in order to make an informed decision before casting a ballot.

The union is making no recommendation in this vote. It is important that members of Local 73 decide for themselves.

Each Local 73 member will be provided with one ballot. Please bring valid photo I.D. to one of the meetings. See the schedule for exact dates, times and locations.