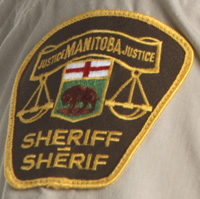 There will be three less sheriff positions this year following yet another cut by the Manitoba Government.

“It’s clear that no essential service is safe when it comes to this government. Sheriff Officers provide valuable public safety to our fellow Manitobans whether that is in court rooms or on the road transporting inmates,” MGEU President Michelle Gawronsky said. “They have unpredictable jobs and can often find themselves in dangerous situations. Yet this government sees fit to cut positions and give them fewer resources. They deserve better than that.”

The cut was included in the Justice Department’s Supplementary Information for Legislative Review and was revealed in question period this week when the opposition asked the Justice Minister to explain the reasoning behind the cuts.The Justice Minister failed to answer why the positions were deleted and instead said, “We’ve introduced a strategic innovation unit which will be looking at doing a review on law enforcement in Manitoba and how we’re moving forward.”