Sweeping changes to public education concerning to members, all Manitobans

This week, the Manitoba government released a new report and announced sweeping changes to public education as it introduced Bill 64 (The Education Modernization Act).

The legislation will eliminate Manitoba’s 36 English public school boards and replace them with one centralized education authority made up of government appointees. The authority will administer 15 education regions. 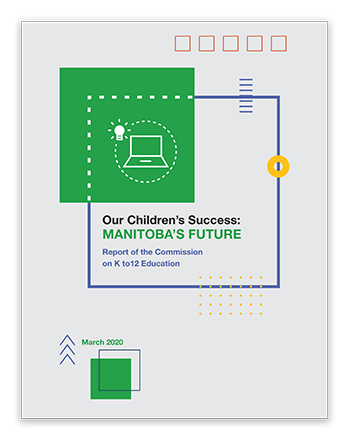 “News of such a drastic overhaul is concerning, given our experiences of the Pallister government’s health care reforms and all of the disruption it's causing,” said MGEU President Michelle Gawronsky. “We know parents are worried that removing their democratically-elected school boards will take away their voice and their ability to raise concerns at a community level. And they have every reason to be worried – the largest region will now encompass more than 100,000 students.”

Such proposals also leave MGEU members who work in public education with many pressing questions, including how these changes may impact their jobs or whether they might pave the way for even more funding cuts at Manitoba schools.

“Only the Pallister government knows with certainty what is behind their plan for such drastic upheaval,” Gawronsky said. “But Manitoba Education says they will be undertaking public consultations, including 'further conversation with education partners and parents,' along with an online government survey that is available until April 6, 2021. I know I will be expressing my opinions on these changes and I encourage others to do the same.”