Yesterday, the Province announced it is making some changes to regional offices in Manitoba Infrastructure (MI).

Manitoba’s Infrastructure Minister says there will be “no office closures or reduction in staff” as a result of the changes, but work location and reporting structure might change for some employees.

MGEU President, Michelle Gawronsky, said yesterday’s announcement is just more of the same from the Pallister government and questioned the Minister’s claim about staff reductions and closures.

“Our members have good reason to be suspicious of an announcement like this from this government because history has shown us that these kinds of changes may just be about finding ways to cut jobs and privatize public services,” she said. “Also, this restructuring is centralizing services. If you look at Thompson and Portage, for example, they’re going from a head office to a sub-office. We fear this centralization may ultimately result in the loss of jobs that will hurt rural communities and economies.” 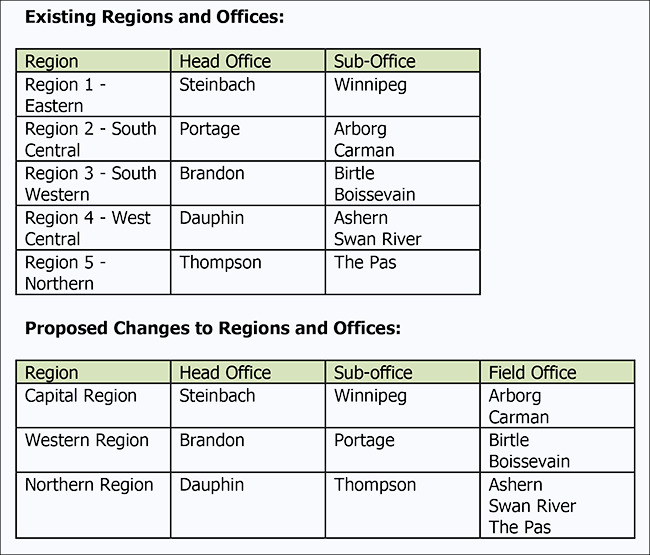 MGEU members in MI and the Vehicle and Equipment Management Agency (VEMA) have seen staffing levels drop in recent years. The Civil Service Annual Report shows that MI had 440 fewer employees in 2019/2020 than the department had in 2016/2017. Those who are left are constantly being told to do more with less.

“Is this ‘modernization’ really just another word for privatization? Will there be fewer services provided out of these sub-offices and field offices? The Minister isn’t saying, but we know that may well be the result of centralizing services like this.”

The Province says that the proposed changes will be implemented this summer and fall and will be finalized in the winter of 2021.

Please show your support for keeping Manitoba's highway and vehicle maintenance services public by sending a message to the Premier, the Minister of Infrastructure, and the Minister of Central Services.