When people think of public employees, they don't often think about how many unique and challenging jobs people are performing day-in and day-out to keep our province moving. Here are just a few examples of the jobs MGEU members perform each and every day. 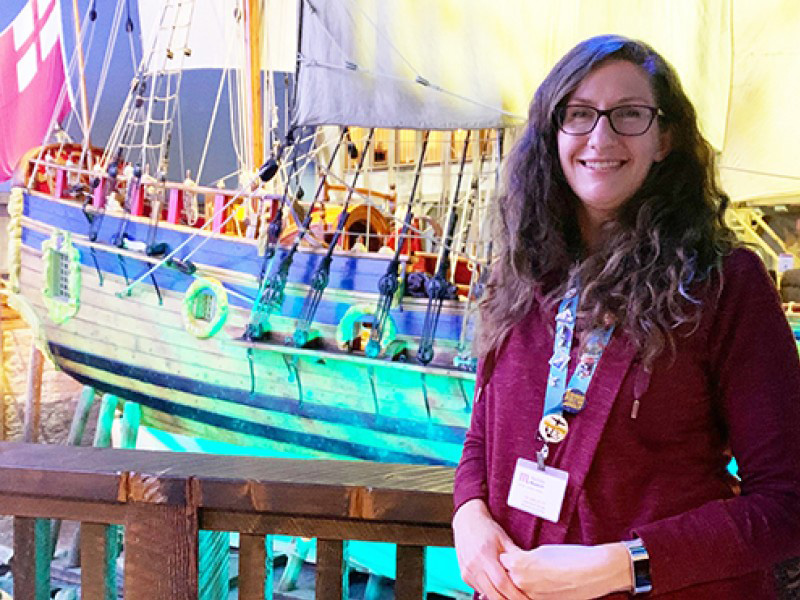 “This past spring break was the busiest spring break we’ve had in ages. At this point, I think families see us as a safe place, full of large spaces and wonder, where we can all finally start exploring again.”

As a Winnipeg-born graduate of Newfoundland’s Memorial University’s Doctorate of Archeology program, becoming a museum curator was never really part of the plan for Amelia Fay.

“Museum jobs are so few and far between you can’t make them a career goal,” she says. “But when the position opened up back home, I jumped at the opportunity.”

The rest, as they say, is history. After more than eight years overseeing one of the Manitoba Museum’s flagship exhibits, Fay still feels lucky to have the job.

“It’s kind of amazing that I get to work with the Nonsuch every day,” she says. “My grandfather was a real navy guy and he used to bring me here all the time. For so many Manitobans like me, nostalgia is a big part of their connection to the museum. But it’s more than that, too, whether were kids or adults. These exhibits give each of us a chance to actively explore the past and expand our knowledge of our world -- what’s fascinating can also be fun!”

Most days for Fay involve a mix of public tours – with an academic specialty in Inuit communities and the Arctic, she often shares her knowledge with international visitors stopping at the museum before heading up to Churchill – and time at the computer, mostly keeping records and doing research.

“Often people don’t realize that they’re only seeing about four percent of what we have. The full HBC collection includes 27,000 objects that are kept upstairs in a temperature-controlled environment. A whole team of staff work to conserve these things and keep them safe from damage, like pests, while also documenting and cataloguing it all so researchers and interested community members can come in and interact with this enduring connection to our history.”

For cultural organizations like the museum that are largely about active, public engagement, Fay says the pandemic hit especially hard. Not quite a year ago, she was elected Chief Steward of her Local, seeing it as a chance to use some of her knowledge and passion to support her fellow members through a really tough time.

“Fortunately, we seem to be coming through the other end,” she says. “Because so much of my work involves research and administration, I’m continuing to work from home part-time, which suits me really well. I have a toddler and it’s really great not having to commute every day.”

“At this point, I really think families see us as a safe place, full of large spaces and wonder, where we can all finally start exploring again,” Fay says.

The latest traveling exhibit, Ultimate Dinosaurs, has recently been touring the globe but will be spending this summer at our museum -- so you can check them out right here at home.